In an effort to do our part and help keep our community healthier, we have taken a few steps that we wanted to make you aware of. While we have always taken great pride in maintaining a clean and sanitary store, we are now taking additional precautions to prevent illness and the spread of germs. We are also limiting our interactions with our regular vendors and encouraging our staff to stay home if they feel sick. Additionally, we are offering curbside service so you can remain in your car and local delivery to help you stay working on your jobsite or allowing you to stay home. Please take advantage by calling us at (540) 967 – 0026. We are striving to accommodate your building needs during this difficult time. Please be patient with everyone, and together we can all weather this storm. Stay well!

Here on our website, you will find a link to Shop Online at the bottom of the Home Page. Here, you can order hardware items on-line and not have to leave your home.

Home About Us Company History 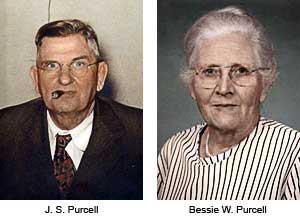 In 1914, J.S. Purcell opened the store in its present location in Louisa County, Virginia. In 1949, a devastating fire broke out, and destroyed the entire operation. J. S. began rebuilding the very next day, and continued to oversee the operation until his death in 1961.

In 1961 Bessie W. Purcell, J.S.’ wife, assumed duties and incorporated the business in 1964. The wholesale business was ceased and primary focus was given to retail building materials. She managed the business until her death on December 25, 1970. 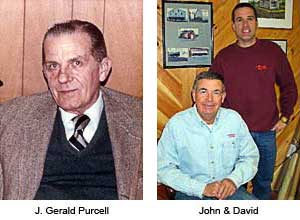 Mr. J. G. Purcell, J. S.’s son, took over as President and ran the operation until his death in 1978. During his tenure, J. S. Purcell Lumber Corporation continued in the retail and contractor building supply business.

In 1978, Mr. John J. Purcell, Jr., the third generation, began running the business and retired in 1999. Many changes and developments took place during this time frame, such as joining the Do It Best Corporation co-op, computerization, expanding equipment investment, and adding a tool rental department.

In 1999, David M. Purcell, the fourth generation, assumed President from his father and continues to oversee the business today with the help of his wife, Diane. During David’s leadership, added yard space has enabled the business to offer more products than ever before. In addition, Purcell has added an outside sales division, expanded delivery fleet, and increased the use of computerization and technological advancements to improve inventory management.

J. S. Purcell Lumber Corporation currently has approximately 20 employees and is proud to continue serving Louisa and surrounding counties. Aside from its longstanding reputation, J. S. Purcell Lumber is known for its cleanliness and safety. The Corporation has been an OSHA designated SHARP (Safety and Health Achievement Recognition Program) since July 31, 2007. Feel free to read about our status here.